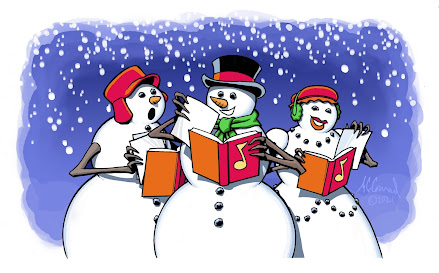 I love Christmas carols. It’s fun to sing along to music that everybody around me knows pretty well, and a lot of these songs are a joy to belt out at the top of my lungs (especially when the tune is within my limited vocal range). I'm not a religious guy, but I still enjoy singing “Angels We Have Heard On High,” “Oh Come All Ye Faithful,” and “We Three Kings,” all of which have soaring melodies that just cry out for my untutored baritone.

But some of our holiday songs could use a bit of work.

Hear me out. While I’m no expert on music – I couldn’t compose a proper tune with the fate of the universe hanging in the balance – I do have an appreciation for a well-written lyric. Which is why it bugs me so much when an otherwise magnificent song is derailed by a poorly constructed phrase.

I’m not talking about songs that are simply stupid all the way through. “Rudolph the Red-nose Reindeer” makes no sense whatsoever, but I did enjoy the Rankin-Bass stop-motion TV special as much as any kid, even after I realized that a blinking red light would not help anyone navigate through a foggy sky.

A lot of what we refer to as Christmas carols are not about the holiday at all, but are more of a celebration of winter. And some are even more peripheral than that – “My Favorite Things,” for instance, appears to have been plucked from the soundtrack of The Sound of Music for no better reason than its mention of “brown paper packages tied up with strings.”

Yet these non-Christmas carols can still evoke heartfelt emotions or wry grins through the application of strong imagery and the finer aspects of the wordsmith’s art. Jule Styne and Sammy Cahn’s “Let It Snow” is warmly romantic, and though the singer’s intentions may not be quite as pure as the driven flakes, they pale in comparison to the snow job perpetrated in the recently controversial Frank Loesser duet "Baby, It's Cold Outside," witty though the song is.

A Turn for the Verse

The weather outside isn't so frightful in Mitchell Parish's  ebullient “Sleigh Ride,” a masterful celebration of winter fun whose tasty verbal tidbits are delivered at a brisk canter by way of Leroy Anderson’s playful score. I cannot imagine a single change that could improve this glittering gem.

“Jingle Bells,” on the other hand, is a lesser paean to the nostalgic euphoria of riding in a “One Horse Open Sleigh” (its original title). It's not a bad song at all -- until the last line of the second verse: "And then we got upsot." Where in the world of careless equestrian maneuvers did “upsot” come from? It's not listed in my copy of the Oxford English Dictionary, not even -- as one might imagine -- as an archaic tense of the verb “upset.”

Did songwriter James Lord Pierpont suddenly succumb to an attack of laziness, or was he just horsing around with the language in a way that today's carolers are ill-equipped to understand? He certainly could have found a more legitimate rhyme for “lot” – or, better yet, just rewritten the previous line to avoid that particular conundrum. Here’s one way he could have managed the trick by changing only a single line:

The horse was lean and lank.
Misfortune seemed his lot.
We got into a drifted bank
And fell over like a sot.

the benefit of using an old-school term (and a real word, to boot!) for a drunkard, which dovetails nicely with the somewhat racy storyline portrayed in the less well-known verses.

For a less dramatic, but still upsetting, sleigh wreck, one need only look at "Winter Wonderland." Felix Bernard and Richard B. Smith wrote this wonderful song about a couple of grownups enjoying the wintry weather as they anticipate their happily ever after. A later version abandoned the romance angle in favor of a snowy playground theme that would children might prefer.

Then a famous vocalist got the notion to stitch the two songs together, resulting in a longer piece that actually works pretty well, except for what is now the second chorus.  The first (original) refrain goes like this:

Instead of cleverly rhyming “snowman” with “No, man,” this version simply repeats the word. It sounds like the lyricist was just phoning it in (and possibly with good reason, if the changes had been requested by the marketing department), and that's a shame, considering how good the rest of the lyrics are. I can understand the desire to keep the second chorus from being a mere echo of the first, but why drag the snowman back into it? Surely there are other fun things to do in a snowy meadow! For example, you might try this:

On the hillside we can do some sledding,
And hurtle down the slope at breakneck speed.
The valley snow’s as soft as cotton bedding,
And a place to crash is what we’re gonna need.

It preserves the playing-in-the-snow vibe of the kids’ version, but there’s also a return to the song’s original theme with a double entendre about sharing a bed.*

Longing for a Longer Song

Irving Berlin’s “White Christmas” is a masterpiece of heart-tugging wistfulness, especially in light of its popularity among American servicemen during World War II, who knew they would not make it home in time for the holidays, if ever.

It's a great song, but it’s way too short. Yes, there is a litle-known introductory stanza, but it's all about living in California, and doesn't jibe well with the frostier lines, so nobody bothers to include it. Which leaves us with a single verse and a chorus, and anyone recording it is stuck with choice of repeating the whole thing or tossing in a lengthy instrumental bridge to stretch it out. Wouldn't it be simpler to just write a few more lines?

Now, I’m certainly no Irving Berlin (who is?), but I have written two parody versions of this song. I penned “Gray Christmas” when I was a West Point cadet, and “Wet Christmas” during an unusually rain-soaked winter here in Central Florida. But this is the first time I’ve tried to play it straight.

Since the natural place for the additional bits is between the original stanzas, I have included the entire song below. My added verse and chorus are italicized for easy identification:

Take the time to gather

Than just to go their separate ways.
I’m dreaming of a white Christmas
With every Christmas card I write.
May your days be merry and bright,
And all your Christmases be white.

Here, too, I have striven to sustain the mood of the original lyrics, and if anything to amplify the songwriter’s voice. But even the best intentions sometimes fall short, as John Legend can attest. He recently took a stab at updating the lyrics to "Baby, It's Cold Outside," hoping to sidestep the hot-button issue of not-quite-consensual sex, only to be blasted by those who felt the original lyrics should never be changed. Legend's reply was that people revise lyrics all the time, and the earlier recordings are still available for anyone who prefers them.

It should come as no surprise that I agree with Mr. Legend. If the original version of a song is more to your liking, then by all means sing it that way. But if you're as frustrated as I am at the way an otherwise exemplary Christmas carol is all but ruined by an unfortunate choice of words (or the lack of more fortunate ones), then maybe you should consider taking an alternate version out for a spin.  You can write your own, or you can borrow my lyrics for free. If it doesn't work out, just return the unused portion for a full refund. I'll even cover the shipping.

*This is not the only alternate chorus I came up with, but it’s the cleanest. If you really want to piss off the traditionalists in your caroling group, here are a couple that are less appropriate for the general public:

In the meadow we can make some snowballs,
And maybe throw a couple at our friends.
They might run away ‘cause they’ve got no balls,
But on our side, the laughter never ends.
Or
On the hillside we can do some sledding,
And hurtle down the slope at breakneck speed.
The valley snow’s as soft as cotton bedding,
Except the stuff that’s yellow where we peed.

Maybe it's time I tried my hand at writing naughty limericks!

Posted by Mike Conrad at 8:44 PM No comments:

.Take a look at our official (yet still fun) newsletter 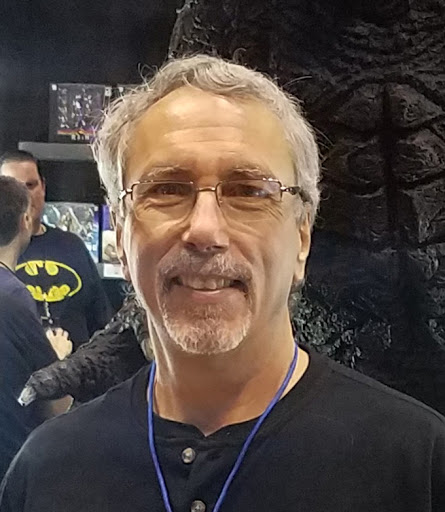 Mike Conrad
Orlando, FL, United States
Mike Conrad is a freelance artist/writer/designer working in the entertainment industry in and around Orlando, Florida. A self-taught artist, he graduated from West Point in 1980 and served as an army officer until 1988, when he decided to make a career out of his art. He counts among his clients Disney, Universal, SeaWorld, Busch Gardens, Lockheed Martin, Kennedy Space Center and the Orlando Science Center. He has made props for TV shows Swamp Thing and Fortune Hunter, and was Art Director of the horror classic Oliver Twisted. His illustrations have won many awards at SF and fantasy conventions, where he has occasionally participated as Guest of Honor. He recently published a comic book entitled Peter Parsec, Space Cadet, a satire of SF, comics and life at the Academy. Mike has written and performed sketch comedy and improv in night clubs and enjoys public speaking. He is married and has a young son who shares his father's talent for mischief.

Check out these web sites!